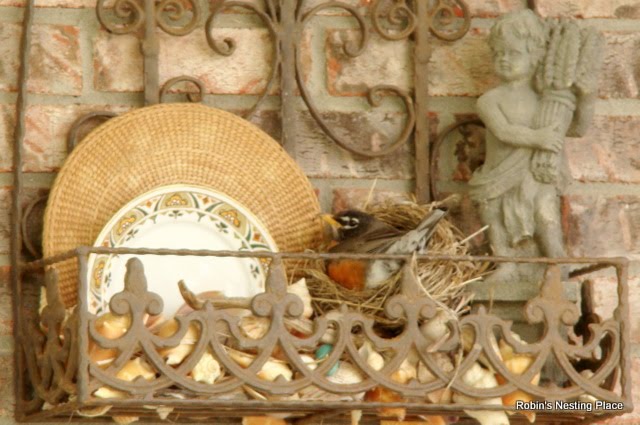 A few days ago my neighbor and dear friend called me and told me to come to her house that she had something to show me. 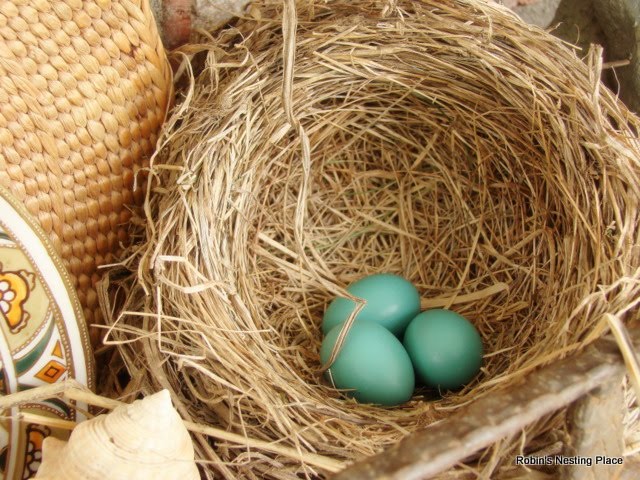 She knows me well, and knew that I would want to get a few pictures of the robin that had built a nest on her front porch! 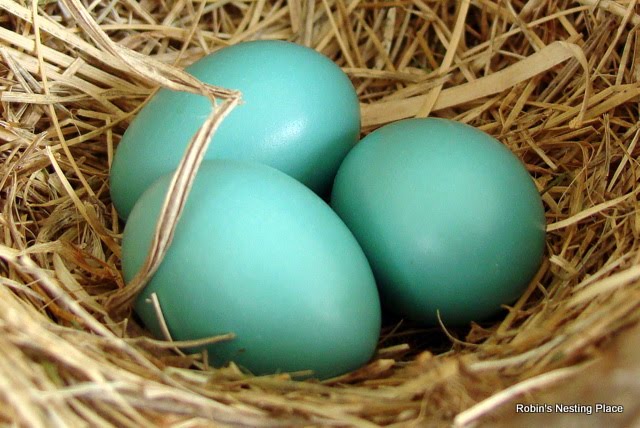 Originally the robin had laid four eggs, but her nest is tilted and one of the eggs had rolled out. (I was there again today and now two of the eggs have fallen out.) 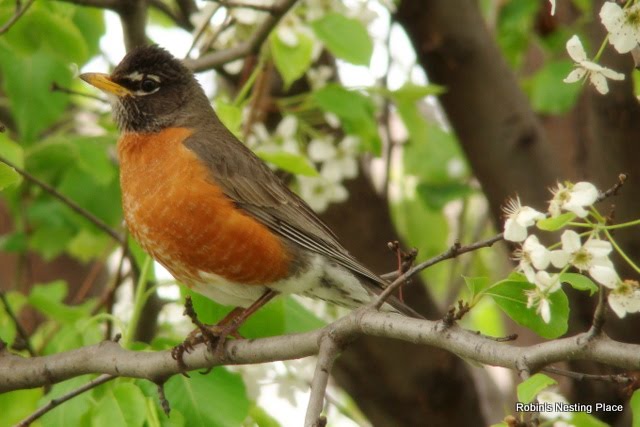 Mama robin was not at all happy about the interruption and was making in known. 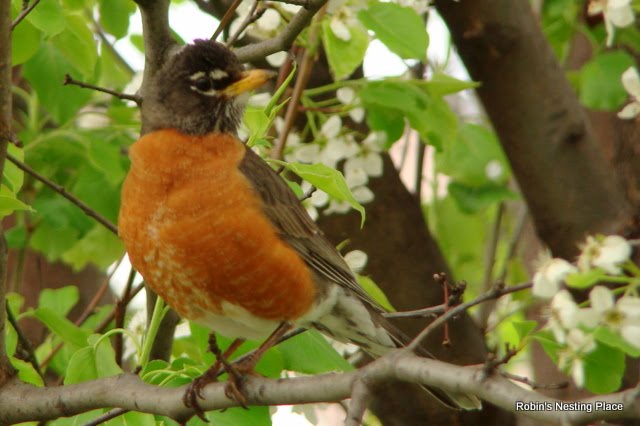 Hopefully the two remaining eggs will hatch and I can get a few shots later of baby robins. 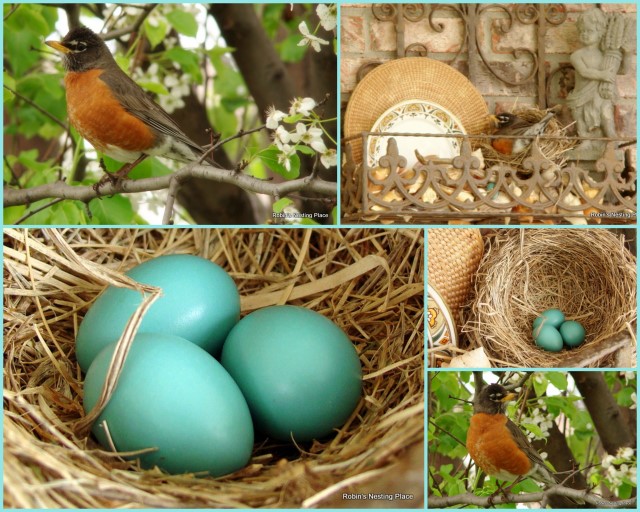 I would have been tempted to straighten that nest. I wonder if it is her first nest. Beautiful photos Robin. There is a robin building a nest in the tree just outside our diningroom window. Unfortunately it is quite dark under the leaves. I doubt I could get a good photo. She is still building.

Hey Robin this is so neat with the Robin. WOW
Miss you at IA
WE are getting ready to launch the Angel Faces Art Auction.
Good to see you are still shooting pics and art.
Shel

What sweet photos! Poor Momma...she probably wonders what happened. I enjoy your posts!

I agree with Lisa,I would have tried straightening the nest.Oh I do hope the last two eggs hatch,this is such a lovely place for photos.

I would have been tempted to straighten the nest too. What a beautiful "robin's egg blue" color the eggs are. I hope the two remaining eggs stay safe and hatch.

What beautiful pictures! What a great blue!

Oh I would for sure have straightenend that nest
even now..so the babies don't fall out
but that's ust me
lovely photos
you know I love my Robins!

How wonderful! Those eggs are the prettiest color too.

aren't they the most beautiful color?

hope she can hold on to the remaining eggs.

Silly robin! I hope the two remaining eggs hatch out OK. You have more wonderful photos there!

Such a great photo-op, Robin! But yes, I would definitely straighten the nest! Poor babies won't have room otherwise! Hopefully everything will turn out ok;-)

Awwww they are so beautiful. What a visual treat. :)
I would love to look at robin's eggs in person.