Hummingbirds Up Close and Personal! 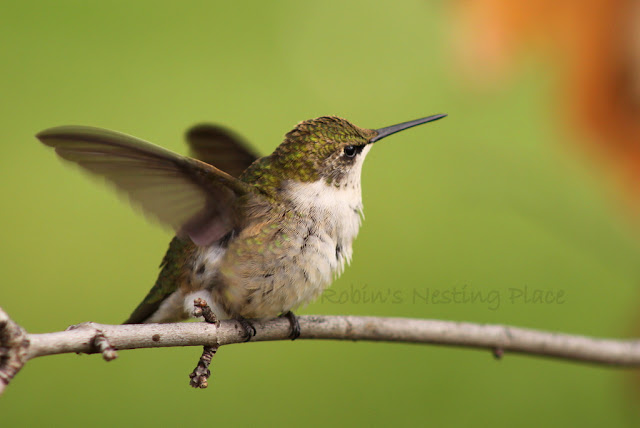 The hummingbirds are still here! On Tuesday, for some reason, they were standing guard at the feeders again. I stayed outside for hours and took about eight hundred, (yes, I said 800), pictures of the hummingbirds! 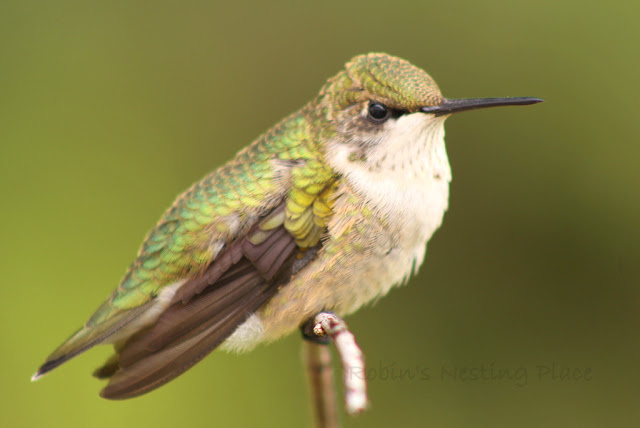 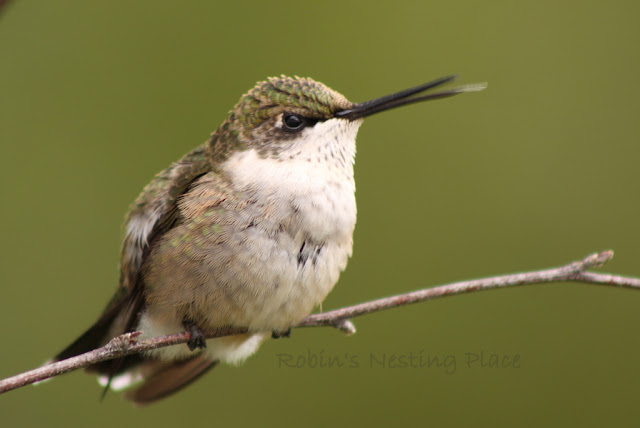 I was able to get so close that I could have reached out and touched the one that was in the backyard! 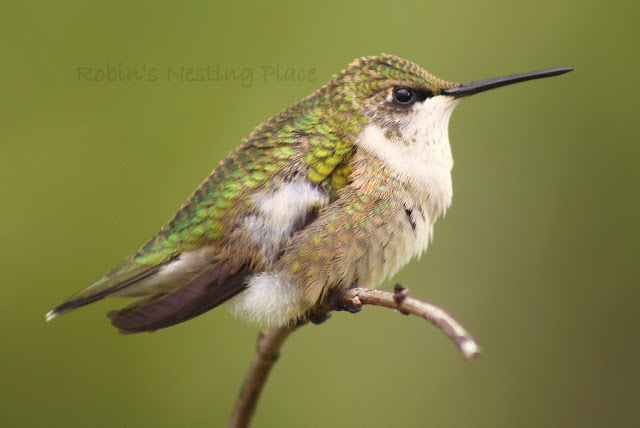 These are some of my favorite shots! 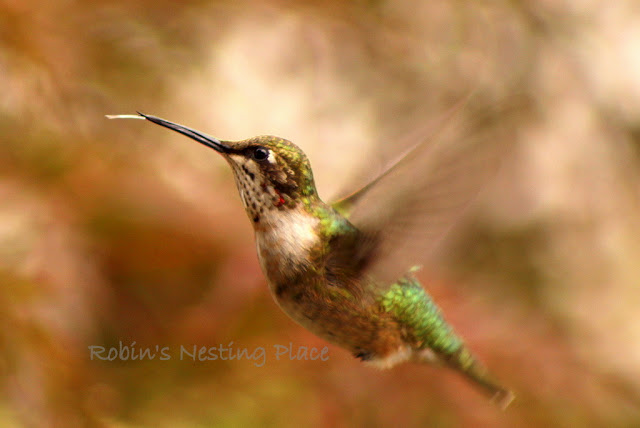 This one makes my heart sing! It looks like a painting to me! 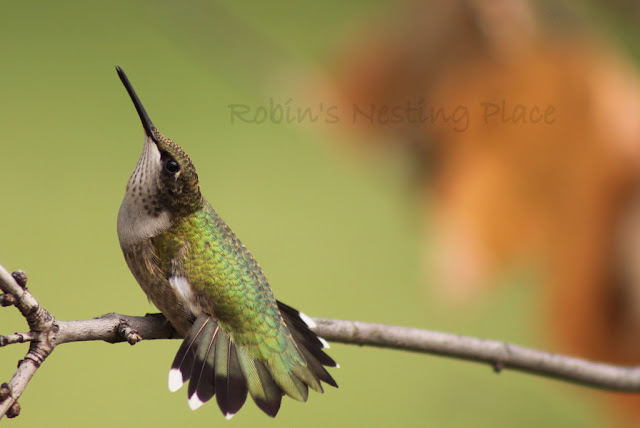 Standing guard and preparing to chase away the approaching hummingbird! 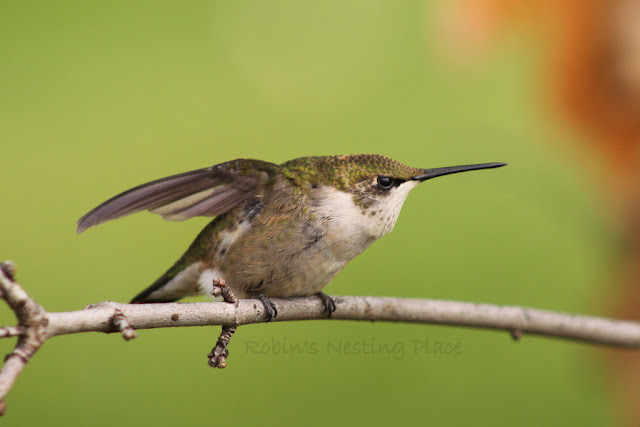 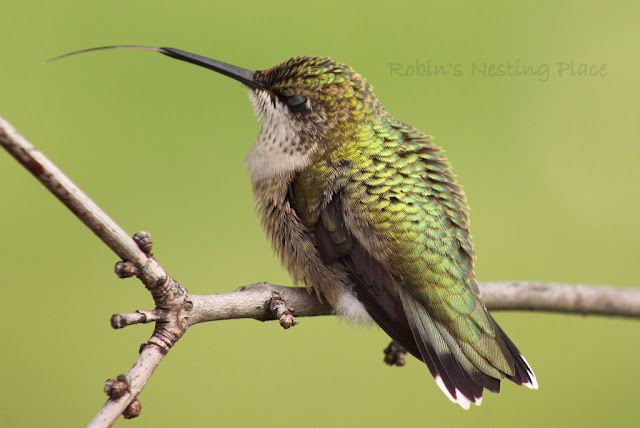 I stayed on the patio for probably four hours taking pictures and enjoyed being so close to them! 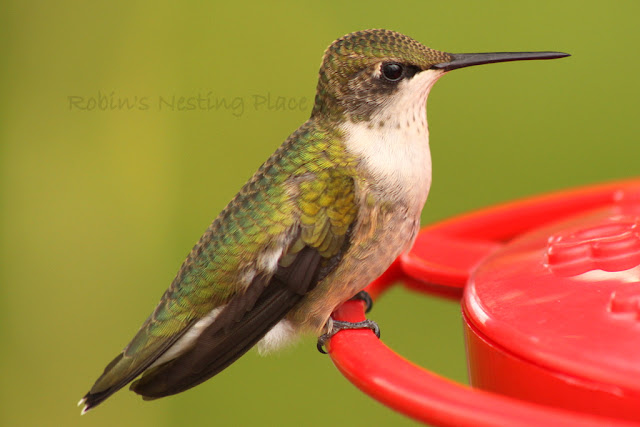 What a thrill to stand so close and watch their antics! They have so much personality! 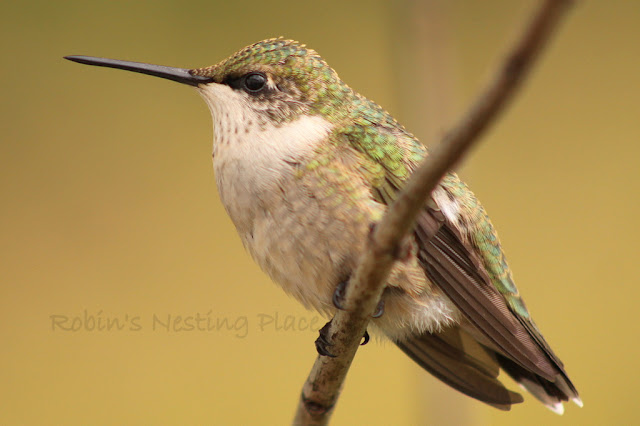 This one was so calm and laid back that I thought I would take the opportunity to try some backdrops just for fun! 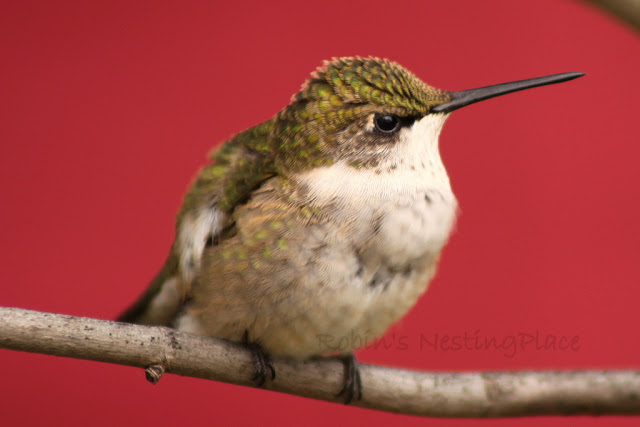 I had an easel that I covered with cloth and placed behind my container of sticks that I had near the hummingbird feeder. 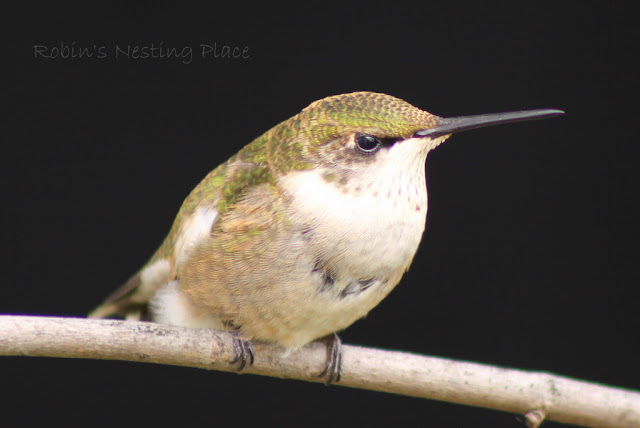 It was starting to get dark by the time I thought of the backdrops. I've tried a few more times since Tuesday to get more backdrop pictures but the hummingbirds have not been cooperative. I guess Tuesday was just a sweet blessing and I shouldn't expect the hummers to always be such cooperative models!
Posted by Robin's Nesting Place at 6:50 PM 14 comments: 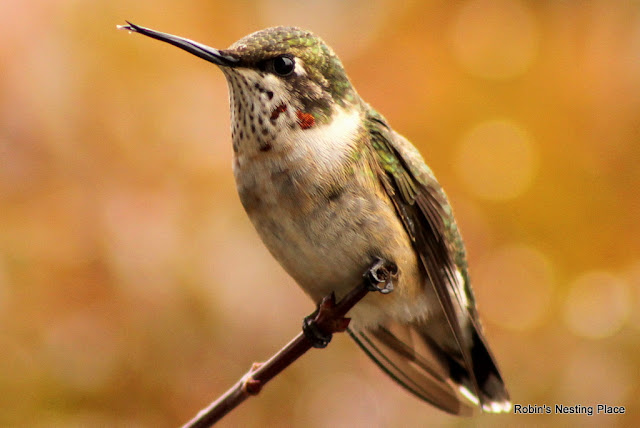 Today was a great day for hummingbird photography! They are preparing to fly south for the winter and are very possessive of their feeders! I saw three hummingbirds today, but two of them had staked a claim. One in the front and one in the back. 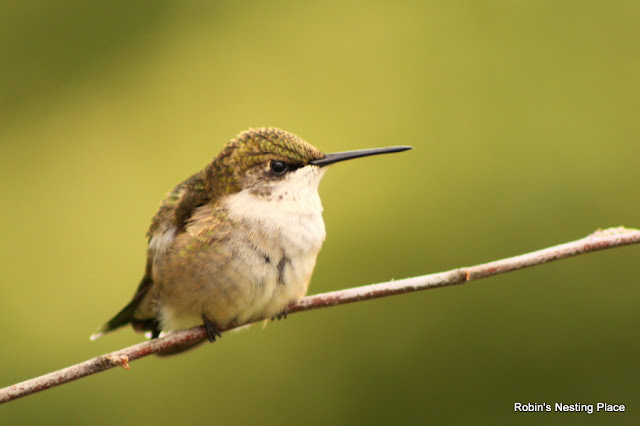 I walked out on the patio today when I let the dog out and noticed that this hummingbird didn't budge from the branch. Of course I immediately went inside to get the camera! I wanted to see how close I could get before it flew away. I got probably within three feet! It was drizzling rain, but I didn't care!I stood in the rain taking pictures! 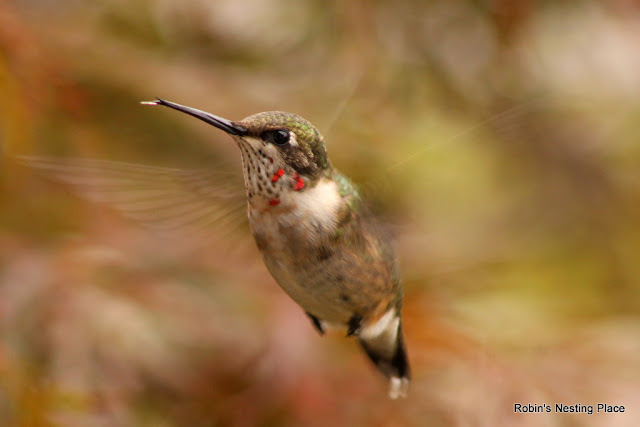 This juvenile male staked claim to the feeder by the front porch. Since it was raining I sat on the front porch in my rocker to photograph this one. He had much prettier coloring anyway and the Japanese maple made a beautiful backdrop. Notice his beak? 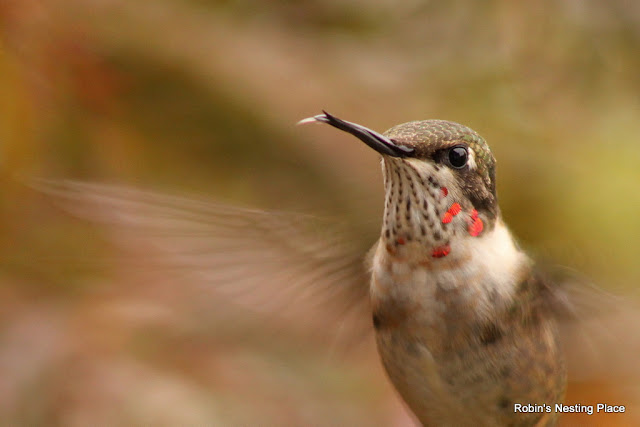 It's twisted! It doesn't seem to hinder his eating. Once today while he was eating, another hummingbird flew right into him and knocked him to the ground! That was a sight to witness from just a few feet away! I never tire of watching these guys. It makes me sad to think that my time with them is almost over for the year. Each morning I watch for them wondering if the day before was the last. I count it a little blessing when I have just one more day to enjoy their antics. 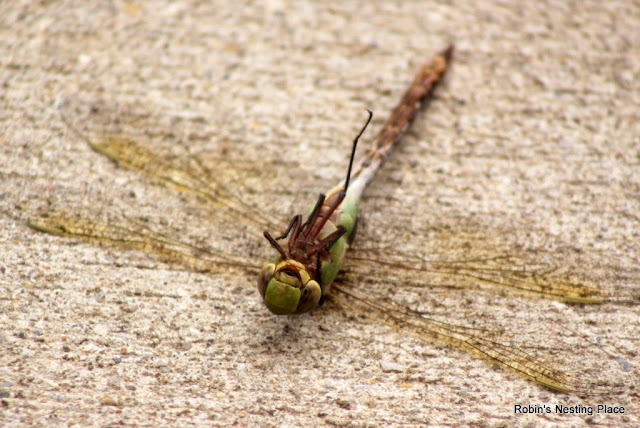 My husband walked by the sliding glass doors Friday and said, "There is a big bug out there that you might want to see." He knows me well, doesn't he? I immediately walked over and saw this dragonfly lying on its back. I wasn't sure if it was dead or alive, but I assumed it must have hit the glass doors. I slid the door open and stepped back to take the picture. About the time I got the first shot my daughter's, indoor only, cat spotted the bug and the open door and started to bolt. Startled, I screamed! Between my screaming and the cat lunging, we scared the dragonfly. Thankfully it was able to right itself and zip away and thankfully I caught the cat before she escaped!
Posted by Robin's Nesting Place at 8:37 PM 14 comments: 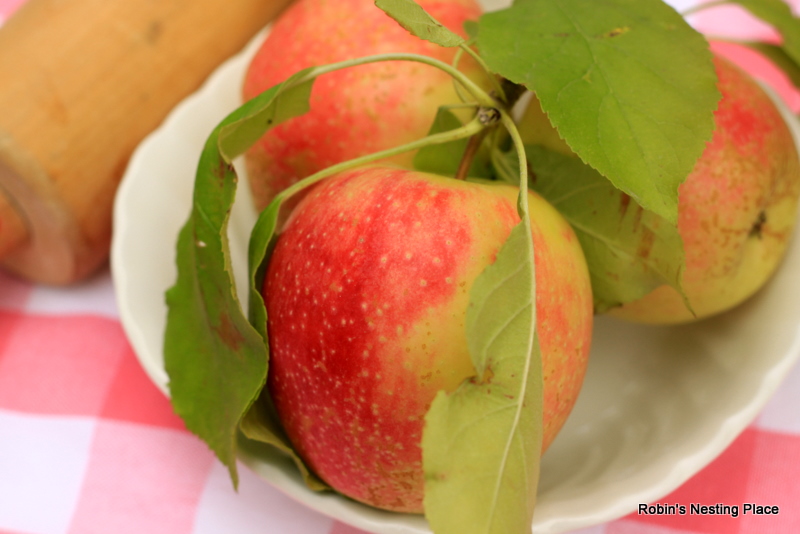 The nip of autumn is in the air and a visit to a local apple orchard has already been made. 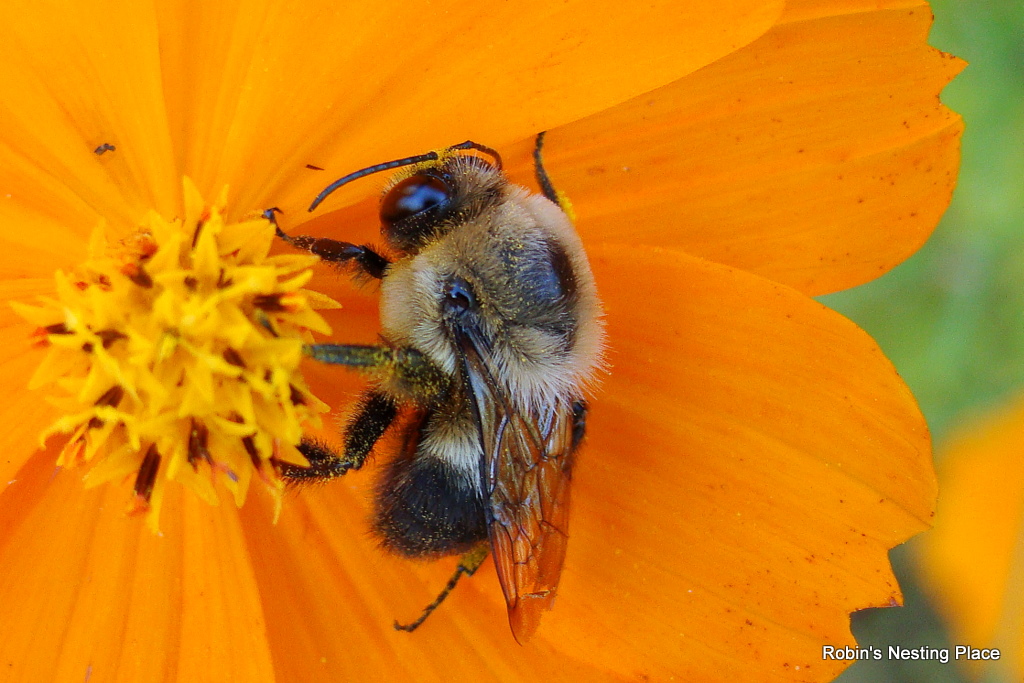 The flowers are few and far between with the limited amounts of summer rain. 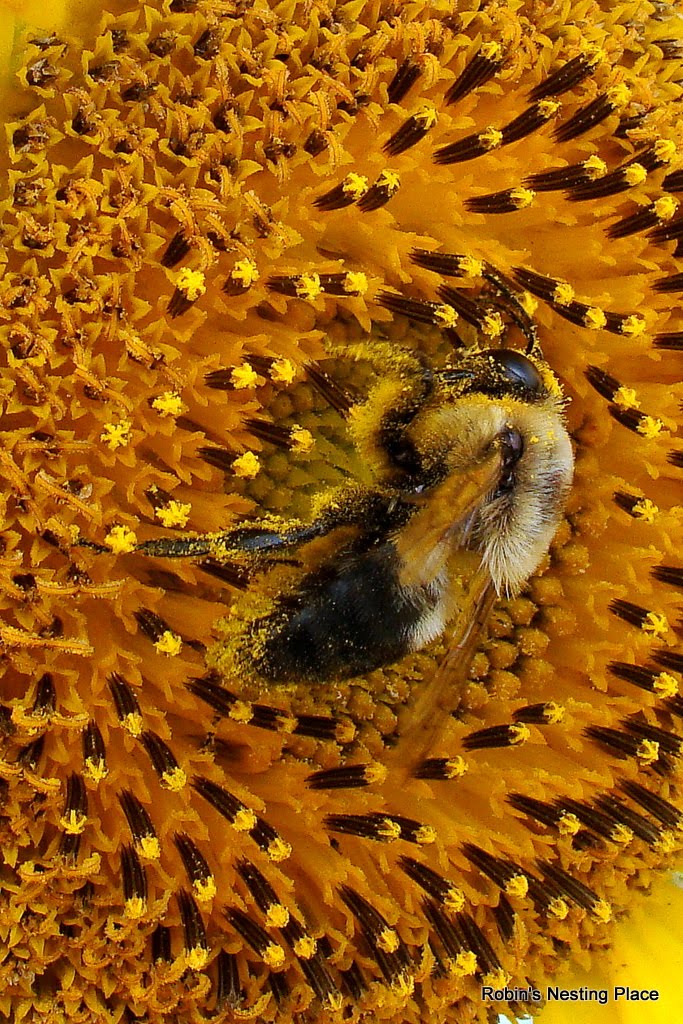 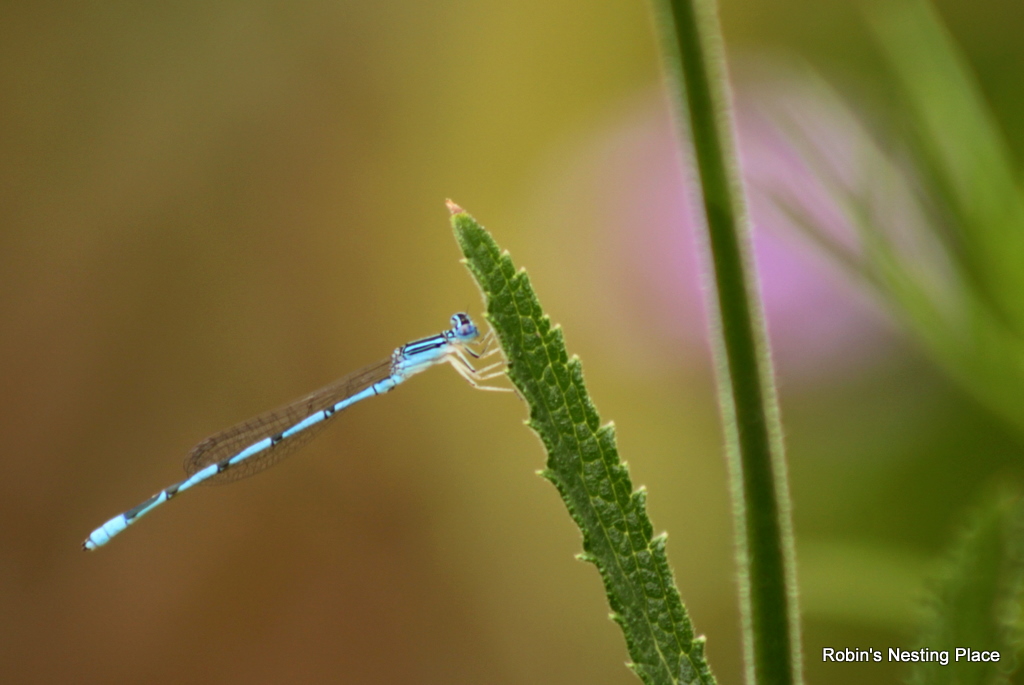 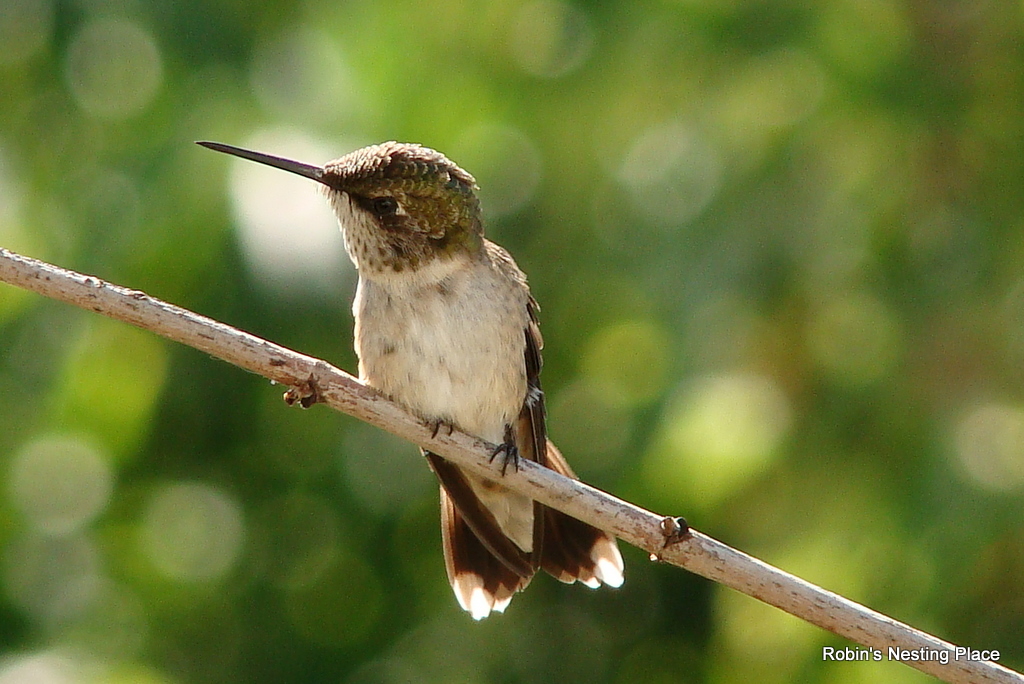 and everyday I watch for the hummingbirds at the feeders knowing any day now could be their last visit for the year. 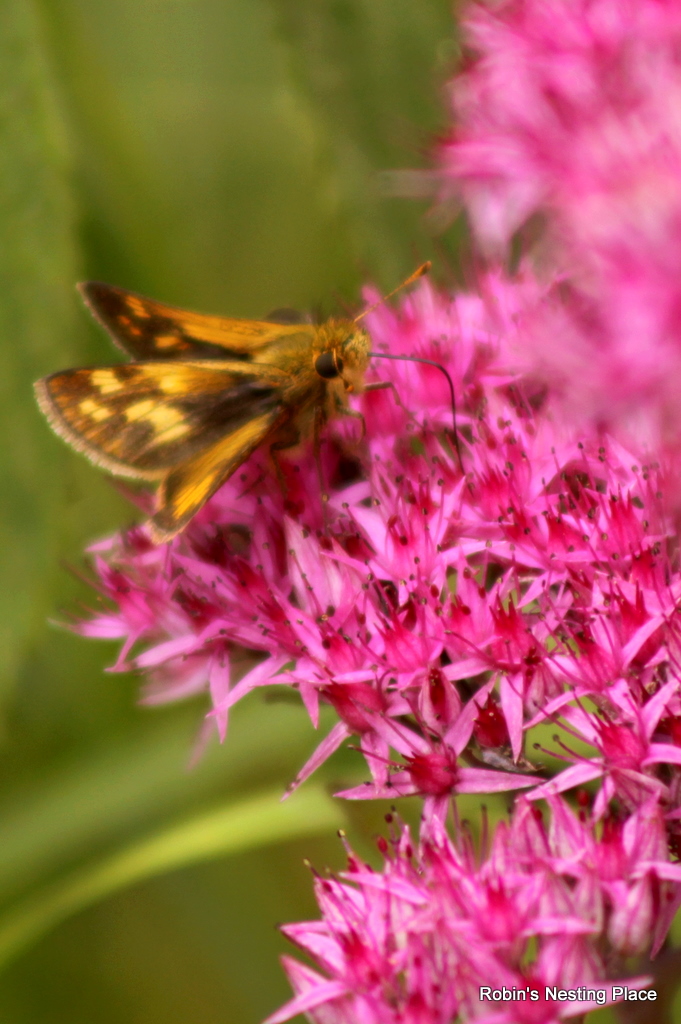 The butterflies have been scarce this summer. Only recently have I spotted a few. Usually I see black swallowtail caterpillars on the parsley and fennel but not this year. I guess there can be no caterpillars if there aren't any butterflies. I think this is the first year that I haven't had them. 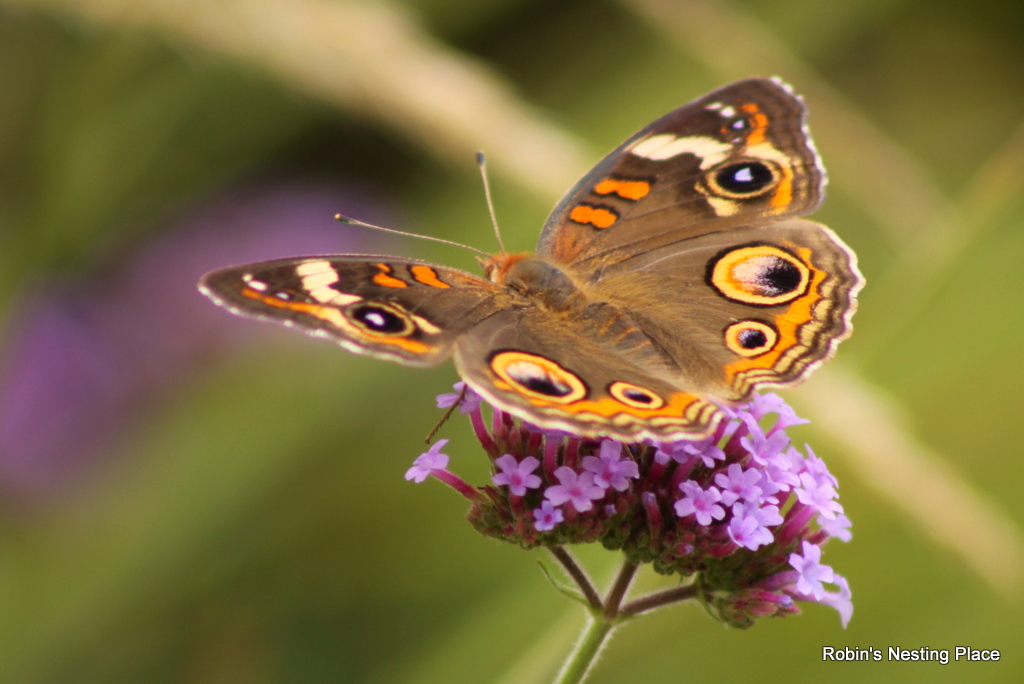 I was thrilled to see the Buckeye butterfly a few days ago and chased it around the yard with my camera for quite some time. 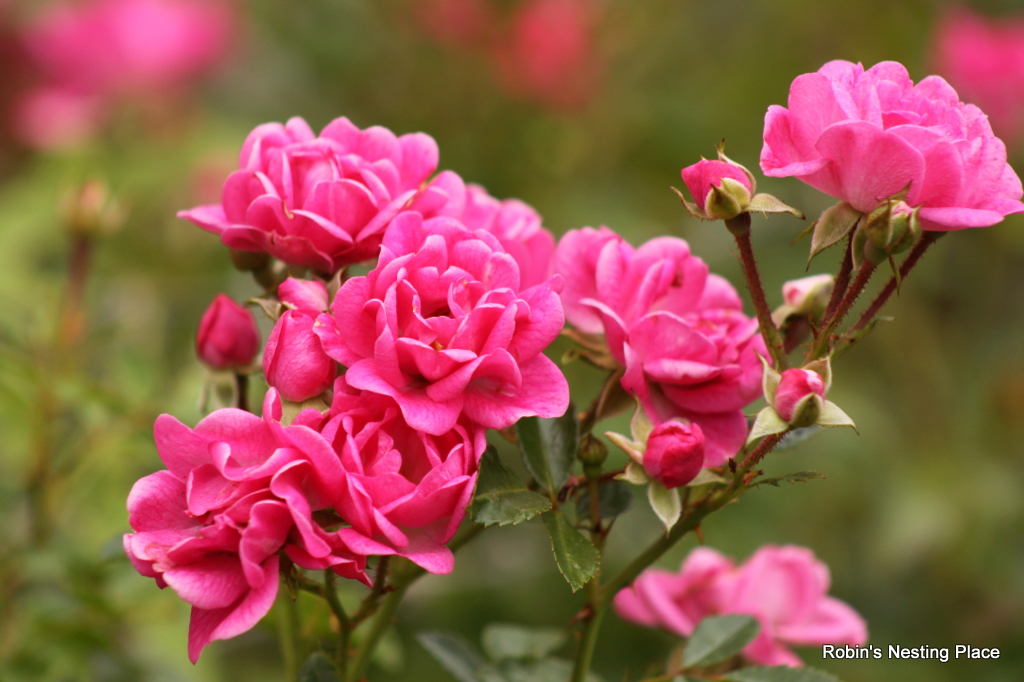 I am enjoying the cooler last few days of summer and looking forward to the lovely autumn season... 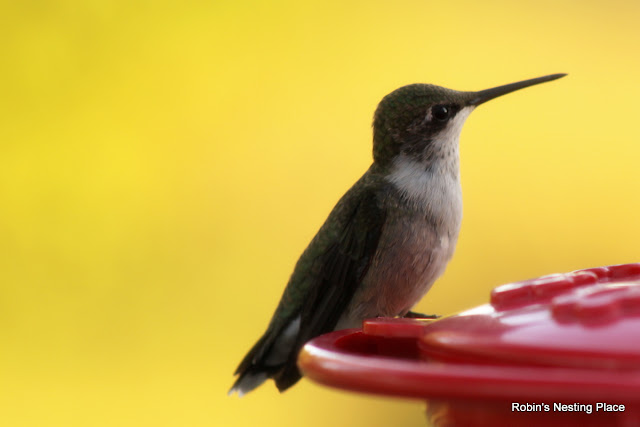 even if it means that I won't be seeing these little guys for a long time.

I hope you are enjoying the last few days of summer too!
Posted by Robin's Nesting Place at 11:31 PM 12 comments: 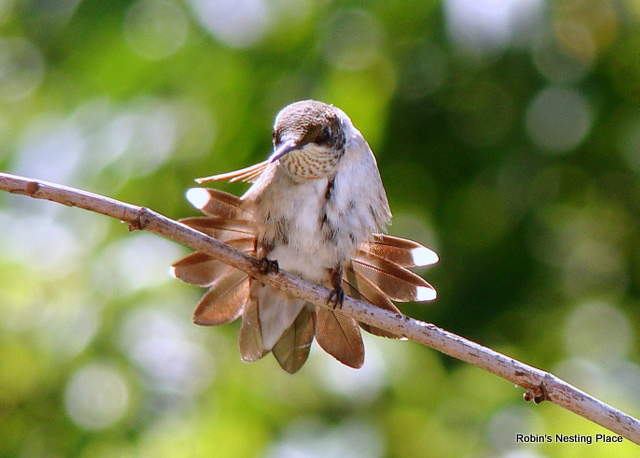 As I was reading outside on my patio swing I just happened to catch this hummingbird preening. As much as I've watched them over the years, I don't think I have even seen one fan its tail feathers quite like this.

I apologize again for my absence. It has been a busy and sad spring/summer. We have just kind of been in survival mode for the last few months. I haven't wanted to blog about such personal things, maybe one of these days I will, but not until I can make sense of it and we are on the other side of it.

In the meantime, thank you for your patience with my very sporadic posts.