Craft Room on a Budget

Things are changing here at Robin's Nesting Place. One of my own has just flown the nest! I have been very blessed to have both of my children stay in the home longer than most. My 24 year old daughter chose to continue her education close to home so she never left for college as many do. It will be very odd not having her here.

I knew she was planning to leave soon, so I had been collecting some things for her and also things to place in her empty room. My craft room was the place to hold all of the stuff. It was a mess and you could barely see the floor.

Once her plans were firm, I got to work doing many of the projects that I had been putting off and getting my craft room in order. It was a nice distraction and kept me busy.

As hot as it was, I spent many mornings and evenings in the garage painting.

I am a huge fan of Pinterest and there were many things I had "pinned" that I wanted to implement in my own space. 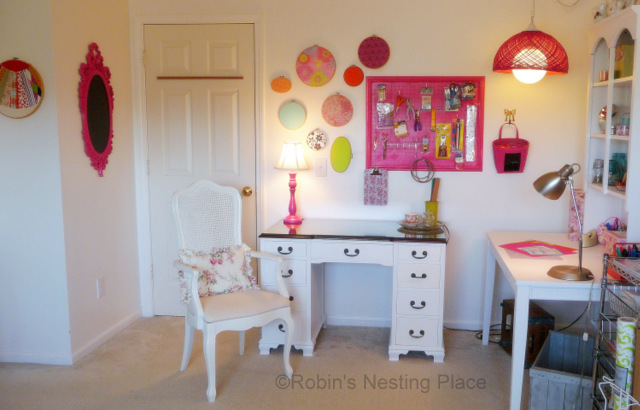 The glass-top desk had been in my kitchen for several years. I got it at Goodwill for $25.00! It was redwood and a pain to paint! I had used three coats of primer and the tannin was still bleeding through. I went to Lowe's to ask for a recommendation and they suggested a shellac based primer. It worked! I only wish I had tried that first! It would have saved me so much time! 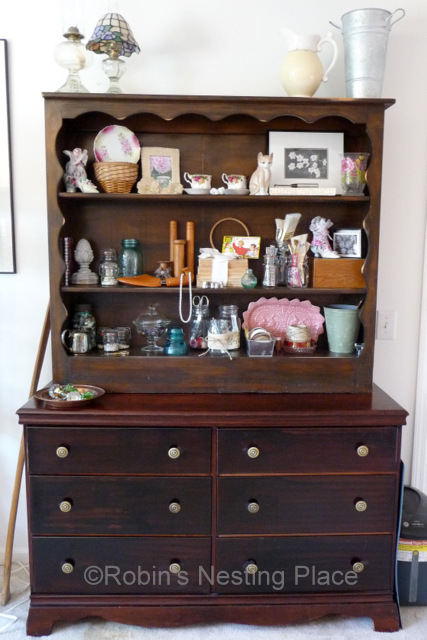 I purchased very little for this makeover, other than paint and a few supplies, most of the things I already had! This dresser belonged to my mother-in-law and the top piece was purchased at an antique vendor mall a few months ago. One of these days I will paint them. 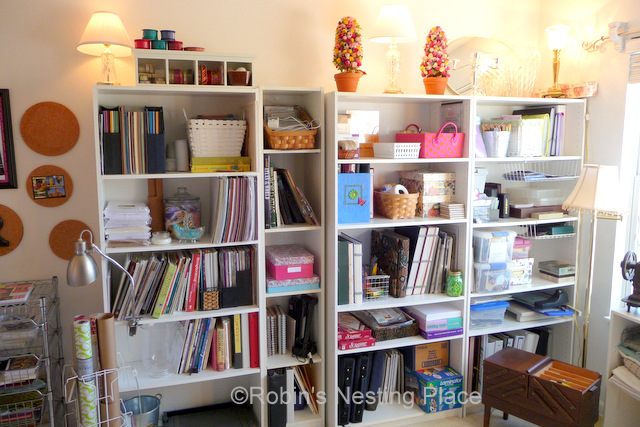 We had home schooled for many years and we love books, so we have book shelves in every room! I love having things organized again. I don't feel very creative in chaos!

The room has no overhead light and it can be rather dark when I work at night so I decided to use lamps that I have collected over the years from Goodwill and garage sales on top of the bookshelves. This was an idea  from Pinterest. I love the added light! 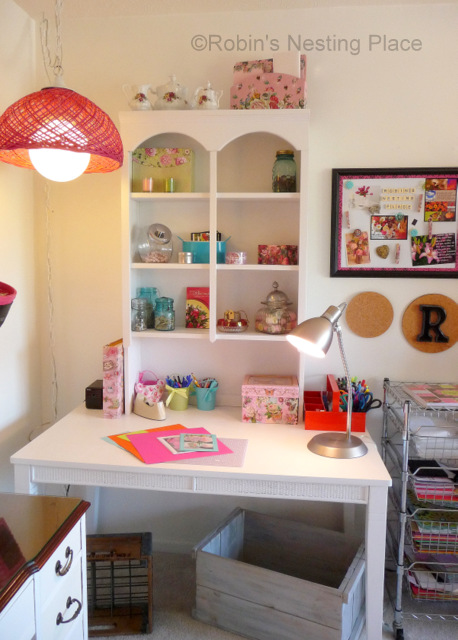 This area is where I make my cards! The table was purchased several years ago at a garage sale for $7.00. I paid about $6.00 for the shelves at Goodwill. A fresh coat of Valspar white paint on both and they look so much better! I can't believe the difference a little white paint makes!

The pink lamp was bought at the antique vendor mall. The vendor was going out of business and the lamp was in her dressing room. I got it for about $10.00. This hot pink lamp became my color inspiration! 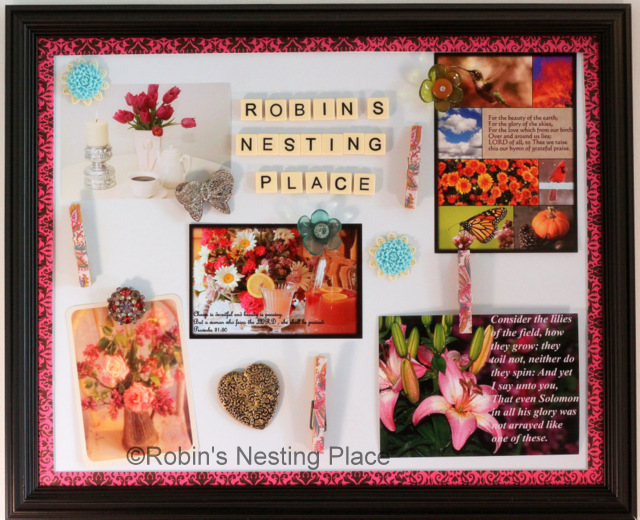 I really wanted a dry erase board for the craft room and had patiently been waiting to run across one at Goodwill. My patience paid off a few weeks ago when I spotted this one for $2.99. I was very pleased when I discovered that it was magnetic! I didn't care for the original  frame so I spray painted one from the stash I have in my closet! I rarely get rid of old pictures because you just never know when you might need frame! 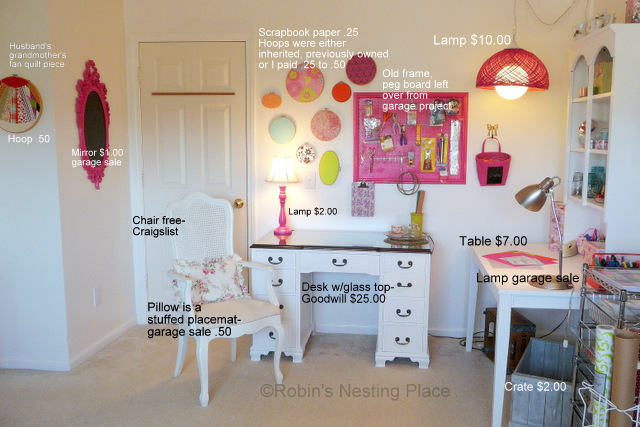 Over the past six years we have faced being unemployed or underemployed. I know there are others in the same situation. Here is the partial breakdown to show that you don't have to spend a lot to have a beautiful place to create!

Later I will show some before and after shots of individual projects!

Love it! Definitely a space to inspire creativity! :)

That room is one I would love to spend time in. The colours are beautiful.

What a lovely craft room! Thank you for sharing it! :)

I love the final product. The lamp is fab! Do you have all the lights on top of the cabinet on a plug strip so you can turn them all off/on at once? That is the neatest idea and I will be implementing it in our homeschool area this year.

well you do nice work!

Beautiful space. I just wished I could find a desk like that for that price where I live. No such luck!!! Thanks for sharing such a bright and happy room. LOVE IT!

Love it! It looks so personalized, too. I love how you put dressers or desks with mismatched top pieces containing shelves, add some paint, and they look like they belong together!

This looks like the perfect place to create Robin. Great job. The lamps on top of the bookcases give a warm light. I hope you aren't having a rough time with "empty nest" syndrome. :) It is most difficult when the first chick leaves the nest I think.

What a wonderful place to create! Bright and cheerful and on a budget...can't ask for more than that!

Robin, you have created an amazing craft room out of very little $$ way to go.

I love the color scheme you choose, it's so pretty, and fresh. Ah now you have inspired me to get into mine and do a little creating.

Robin, I just read the other comment you left, congrats on selling your cards in a local shop.

I just hopped over from Miss Mustard Seed and I love your space. I am needing that push to clean up my space (aka junk room!). Congrats on the final product, you gave me SO many good ideas :)

Happy crafting in your pretty and organized room!

I am so impressed with all your finds and how you have made them over..Lovely room for your crafts..