Many years ago, a young fifteen year old girl, named Betty,  married her sweetheart, Jimmy. It has been told that he had moved from Louisiana to California and her mother was afraid that she might run off and elope with him. She asked Betty if she loved Jimmy and wanted to marry him. She said yes and it was quickly arranged. 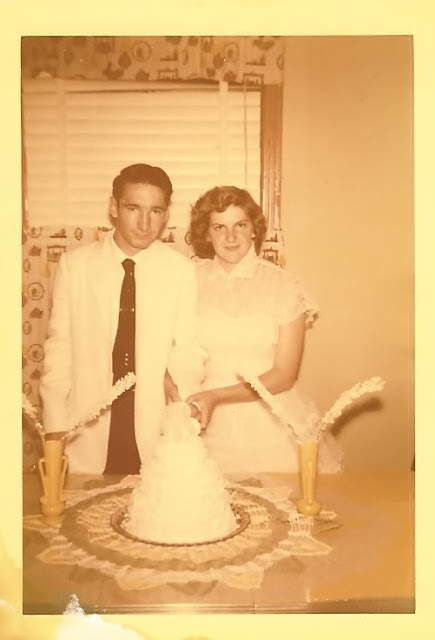 Because they were so young and he had a penchant for alcohol, (and women), their relationship was rather tumultuous. 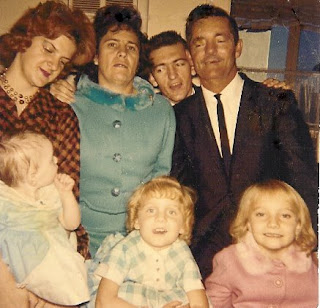 Much to the heartbreak of the doting grandparents and family, the marriage ended after five years. 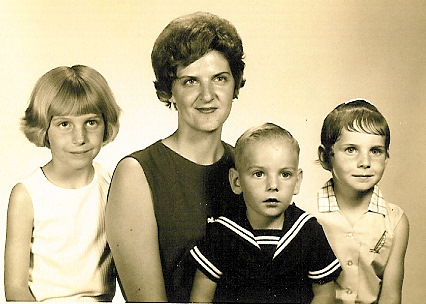 With three young children Betty left Jimmy and went to live with her parents in Alabama.

Shortly thereafter, Betty met and married James. She despised Jimmy and never wanted him to see his children again. She talked James into adopting her three children so they would have his name instead. It has been told that Jimmy loved his children and didn't want them to be adopted but because he was a poor man, he had no means to hire a lawyer and fight it. So it was that the M. children took on the G. name.

Those three children never got to see their dad again. Oh, not that he didn't try!  Desperate to see them on at least two different occasions he showed up when he knew the children were in town, (once at his own sister's home), only to have them whisked away by their mom as if he were a monster about to devour them! The children were smart enough to know that wasn't the case, even at such a young age, they could see the love and pain in his eyes. They knew he loved them.

Eventually, Jimmy met Annette and started a new life. They had three boys together. 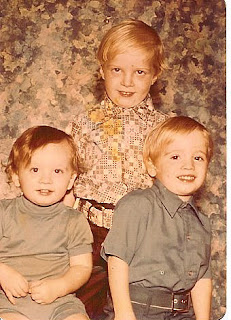 At some point, shortly after this picture of the boys was taken, a very unusual thing happened, the picture was sent to Betty's home by Grandma M. It was quickly discarded into a box of pictures, only to be retrieved by a half-sister who felt a curious bond with the little boys of her father and his new wife.

Still having a problem with alcohol, Jimmy and Annette also had a tumultuous marriage. One day, Annette vanished with their three boys, never to be seen or heard from again by anyone in the M. family.

While Jimmy had a problem with alcohol, the rest of the M. family were a loving and devout Christian family. They dearly loved all of Jimmy's children and even though they only saw Betty's children once every few years, those children knew they were cherished and adored. They could feel it to the depths of their soul, because it was the only time they ever felt that type of love. Sitting on that grandmother's lap, head to her chest, and hearing her muffled voice through ears covered in a tight embrace is a cherished memory imprinted on the heart forever.

The children grew older and one day they got a call that their dad, Jimmy, had died from smoke inhalation in a house fire. Arrangements were made and the children were allowed to go to their dad's funeral. The M. family had tried so hard to locate Annette to let her children know about their father, but they still could not find them. Jimmy was laid to rest with pictures of his six children that he never had the opportunity to know.

To be continued...
Posted by Robin's Nesting Place at 7:00 AM

What a sad story. I hope it has a happy ending...if possible.

Oh my quite the story

wow..awaiting more on this story!

Oh, my! I can't wait to read more of this Christmas miracle, Robin.

You have my attention! They are all beautiful children.
I am looking forward to the rest of the story.