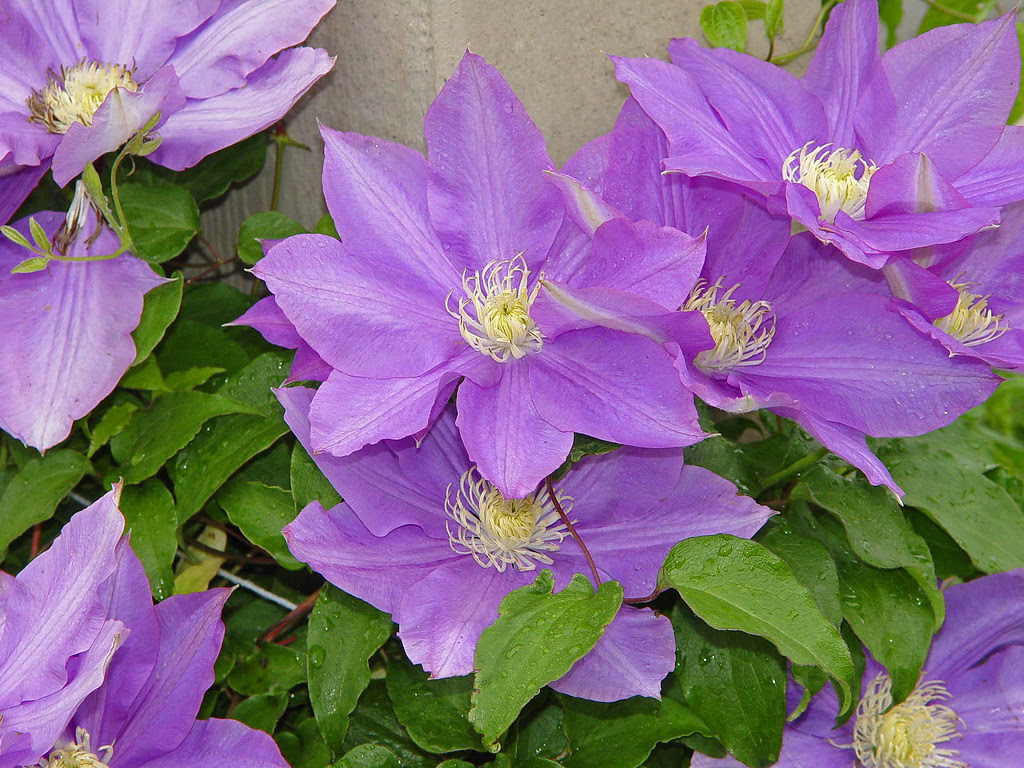 It had been a long time since I'd read Edith Schaeffer's book, The Hidden Art of Homemaking, published in 1971. I picked it up again last week to look for a quote from it for my post on Beating the Winter Blues. I decided to read it again while I had it off the shelf.

For those not familiar with the author, Edith Schaeffer was the wife of Christian philosopher Frances Schaeffer, together they founded L'Abri Fellowship in Switzerland. While her book was written primarily for Christians, there are universal truths, regarding the enrichment of our lives, that are beneficial regardless of one's beliefs.

Chapter 6 of her book is titled, Gardens and Gardening. In it she stresses the importance of gardening for a person's physical and mental well-being. She believed not only that it was excellent exercise, she believed that there was something healing about getting your fingers in the soil. She said,

"Whatever it is, there is something very basic in being involved with a growing, living art form such as a garden of some sort."

She expressed very well the excitement of holding a small seed, amending the soil with manure, planting the seed it, nurturing it and watching it grow. She said, "there is a thrill that is surely similar to producing an art work..." She believed that, "Human beings were made to interact with growing things, not to be born, live and die in the midst of concrete set in the middle of polluted air."

She had a very interesting belief that the lack of contact with soil and growing living things contributed to a persons mental health problems. She believed it was almost as important as contact with our family for mental well-being. She said,

I believe most gardeners already know this and feel the unmistakable connection to the earth. We already know the healing powers of digging in the soil, pulling weeds and laboring in the garden. We already know it clears the mind and helps us think, it refreshes the human spirit and provides rest from the monotony of the rat-race. All of which she mentions in this chapter.

I have found that garden bloggers are some of the kindest people in blogsphere, could it be because they are more mentally sound, have more fulfilled lives, and are more well-balanced than those who never or rarely breath fresh air, dig in the soil or have the incredible satisfaction of growing beautiful flowers or their own food?

Could there also be a connection here, with the recent research in the news just this week, that people world wide, suffer from depression more in mid-life, (ages 35-65), than any other time. This is such a busy time and many people are pulled in so many different directions between jobs and family. They are constantly on the go, many caring for aging parents and children at the same time, all the while being constantly bombarded with dire daily news regarding our economy, environment and the evil around us. It's no wonder so many people this age are depressed. Could Mrs. Schaeffer be correct in thinking that those who lack contact with the soil are deprived of a very basic human need? It is an interesting thought to ponder and I'd love to know your thoughts on the subject.

I wanted to leave you with a final quote, (actually two), from Mrs. Schaeffer, " One of the greatest destructions in the whole field of ecology is the dehumanizing of man as he lives with machines, instead of with living, growing, responding plant and animal life."

"Whoever you are and wherever you live, take at least one small step now against the waves of plastic, and do something positive in the area of landscape architecture right now..."

Robin I certainly believe that I would go bonkers if I didn't garden. I do believethat we are just on organism in the whole. People are just getting so are away from this with their plastics and Blackberries of a different sort.

Robin, that was a moving and beautifully written post. Every gardener I know, blogger or not, says they NEED to dig in the dirt, pull weeds, plant a seed to preserve their sanity, like Lisa said. I feel ill and out of sorts when I can't at least go in the greenhouse/sunroom and fool around with the orchids, let alone be outdoors. Thanks for sharing the thoughts in Edith's book.

This sounds like an awesome book! Yes working the soil is good for the spirit! This time of year I fill the house with forced bulbs! Tending to them chases away the winter blahs!
I loved the final quote..so so true!

"Whoever you are and wherever you live, take at least one small step now against the waves of plastic, and do something positive in the area of landscape architecture right now..."
hugs NG
P.S. I agree gardeners are the nicest people!

I may have to get that book to add to my collection. Thanks for sharing it.

Lisa, thanks for your continued faithfulness to read my blog and respond to my posts. I appreciate it. I'd go "bonkers" too, if I didn't garden.

Hi, Edenmaker, thank you for visiting Robin's Nesting Place and for taking the time to leave a comment.

Frances, thank you. Thant is the way I feel too. On a beautiful day, I just about HAVE to be outside puttering in the garden.

Naturegirl, thank you for stopping in for a visit. I need to start forcing bulbs in the winter, especially hyacinths.

Vonlafin, your welcome. Thanks for stopping by.

Very nice post--thank you for the cheer!

Amen to that, sister - you are preaching to the choir!

All my life I've been fortunate enough to live in a house with a garden. I would go nuts if I could not go out into a garden every day. I once stayed in a 5th floor appartment for 2 weeks, it was terrible, I felt so disconnected from nature. Not good!

Every time I meet someone who says that nature is not for them, I am utterly amazed as I strongly feel that we all are a part of nature (if we want to or not) and suffer in some way if we disconnect from it.